The project was an entry in Common Ground’s “First Step Housing” competition. The premise for the competition was that the single room occupancy hotels, or “flop houses”, of New York City’s Bowery represent an integral part of the city’s housing market, and that if the spaces were dignified, they could serve as a first step for the homeless in a transition toward permanent housing.

The goal of the project was to develop a modular dwelling unit, which could be used to create rooms in the large empty corridors of the Andrews Hotel, but was flexible enough to be installed in other available spaces.

The idea for our proposal was to use scaffolding, an existing modular system, which belongs to the streetscapes of New York, to construct comfortable, indoor spaces, which are easily transformable and personalizable by their occupant. The spaces are brought to life by enclosing them with colorful wall panels. Together, with the scaffolding structure, the panels make a durable and elegant flat-pack housing unit, which helps make a first step by bringing the familiarity of the street indoors. 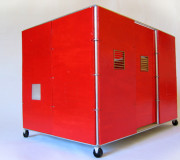 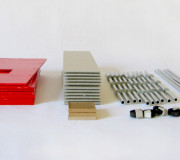 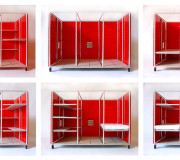 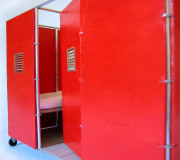